Title- Crazy Rich Asians
Author- Kevin Kwan
Published-  2013
Genre- Contemporary
Length- 416 pages
Rating- 3.5/5
Synopsis (Goodreads)- Crazy Rich Asians is the outrageously funny debut novel about three super-rich, pedigreed Chinese families and the gossip, backbiting, and scheming that occurs when the heir to one of the most massive fortunes in Asia brings home his ABC (American-born Chinese) girlfriend to the wedding of the season.
When Rachel Chu agrees to spend the summer in Singapore with her boyfriend, Nicholas Young, she envisions a humble family home, long drives to explore the island, and quality time with the man she might one day marry. What she doesn’t know is that Nick’s family home happens to look like a palace, that she’ll ride in more private planes than cars, and that with one of Asia’s most eligible bachelors on her arm, Rachel might as well have a target on her back. Initiated into a world of dynastic splendor beyond imagination, Rachel meets Astrid, the It Girl of Singapore society; Eddie, whose family practically lives in the pages of the Hong Kong socialite magazines; and Eleanor, Nick’s formidable mother, a woman who has very strong feelings about who her son should–and should not–marry. Uproarious, addictive, and filled with jaw-dropping opulence, Crazy Rich Asians is an insider’s look at the Asian JetSet; a perfect depiction of the clash between old money and new money; between Overseas Chinese and Mainland Chinese; and a fabulous novel about what it means to be young, in love, and gloriously, crazily rich.

Review- This book is ok, it has some funny moments and mildly surprising moments, but it’s nothing to go nuts over. END_OF_DOCUMENT_TOKEN_TO_BE_REPLACED 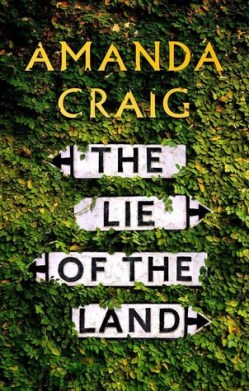 Title- The Lie of the Land
Author- Amanda Craig
Published-  June 15th 2017
Genre- Contemporary, mystery
Length- 432 pages
Rating- 2.75/5
Synopsis (Goodreads)- Quentin and Lottie Bredin, like many modern couples, can’t afford to divorce. Having lost their jobs in the recession, they can’t afford to go on living in London; instead, they must downsize and move their three children to a house in a remote part of Devon. Arrogant and adulterous, Quentin can’t understand why Lottie is so angry; devastated and humiliated, Lottie feels herself to have been intolerably wounded.

Mud, mice, and quarrels are one thing – but why is their rent so low? What is the mystery surrounding their unappealing new home? The beauty of the landscape is ravishing, yet it conceals a dark side involving poverty, revenge, abuse and violence which will rise up to threaten them.

Sally Verity, happily married but unhappily childless knows a different side to country life, as both a Health Visitor and a sheep farmer’s wife; and when Lottie’s innocent teenage son Xan gets a zero-hours contract at a local pie factory, he sees yet another. At the end of their year, the lives of all will be changed for ever.

A suspenseful black comedy, this is a rich, compassionate and enthralling novel in its depiction of the English countryside and the potentially lethal interplay between money and marriage.

Review- I received an ARC of this from the publisher so thank you to them.

I expected a lot more mystery/thriller elements to this story and was left disappointed. This book basically has you following a bunch of characters as they go about their pretty mundane lives. If these characters were real, and you stalked them, the information in this book is exactly what you would come away with.  END_OF_DOCUMENT_TOKEN_TO_BE_REPLACED 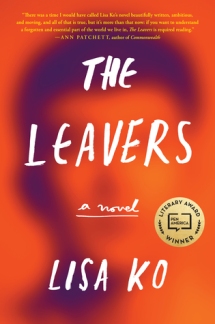 Title- The Leavers
Author- Lisa Ko
Published-  May 2nd 2017
Genre- Contemporary, literary fiction
Length- 352 pages
Rating- 3.75/5
Synopsis (Goodreads)- One morning, Deming Guo’s mother, an undocumented Chinese immigrant named Polly, goes to her job at the nail salon and never comes home. No one can find any trace of her.

With his mother gone, eleven-year-old Deming is left with no one to care for him. He is eventually adopted by two white college professors who move him from the Bronx to a small town upstate. They rename him Daniel Wilkinson in their efforts to make him over into their version of an “all-American boy.” But far away from all he’s ever known, Daniel struggles to reconcile his new life with his mother’s disappearance and the memories of the family and community he left behind.

Set in New York and China, The Leavers is a vivid and moving examination of borders and belonging. It’s the story of how one boy comes into his own when everything he’s loved has been taken away–and how a mother learns to live with the mistakes of her past.

Review- I received an ARC of this from the publisher so thank you to them.

Overall I did enjoy this book but it felt long and the end dragged a bit.

This isn’t an action packed book by any means, instead it focuses on description. It is told from two view points, that of Deming/Daniel, and his mother. It covers both past and present in the US and China. Mostly the switch between characters and times was well done but there was one chapter where for a few (kindle) pages I didn’t know who the narrator was supposed to be. The language however was always easy to understand and there was never too much information given at once, characters were introduced gradually etc so there was never any confusion about who was who. END_OF_DOCUMENT_TOKEN_TO_BE_REPLACED 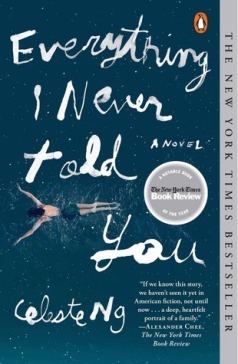 Title- Everything I Never Told You
Author- Celeste Ng
Published-  2014
Genre- Contemporary, literary fiction
Length- 305 pages
Rating- 5/5
Synopsis (Goodreads)- Lydia is dead. But they don’t know this yet . . . So begins this debut novel about a mixed-race family living in 1970s Ohio and the tragedy that will either be their undoing or their salvation. Lydia is the favorite child of Marilyn and James Lee; their middle daughter, a girl who inherited her mother’s bright blue eyes and her father’s jet-black hair. Her parents are determined that Lydia will fulfill the dreams they were unable to pursue—in Marilyn’s case that her daughter become a doctor rather than a homemaker, in James’s case that Lydia be popular at school, a girl with a busy social life and the center of every party.

When Lydia’s body is found in the local lake, the delicate balancing act that has been keeping the Lee family together tumbles into chaos, forcing them to confront the long-kept secrets that have been slowly pulling them apart.

Review- It is difficult to know what to say about this book. When a book is this good it’s hard to find any faults with it, meaning that other than gushing praise, there isn’t much to say. END_OF_DOCUMENT_TOKEN_TO_BE_REPLACED 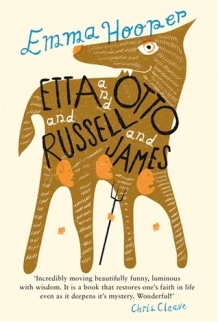 I’ve gone. I’ve never seen the water, so I’ve gone there. I will try to remember to come back.

Etta’s greatest unfulfilled wish, living in the rolling farmland of Saskatchewan, is to see the sea. And so, at the age of eighty-two she gets up very early one morning, takes a rifle, some chocolate, and her best boots, and begins walking the 2,000 miles to water.

Meanwhile her husband Otto waits patiently at home, left only with his memories. Their neighbour Russell remembers too, but differently – and he still loves Etta as much as he did more than fifty years ago, before she married Otto.

Review- I received this book as my March book from my subscription service, The Willoughby Book Club.

Whenever I get my subscription book I look at the reviews before starting it. This one had quite mixed reviews, some people seem to absolutely love it, and others hate it, claiming that it is unrealistic. It is unrealistic, incredibly unrealistic, but it is still a wonderful book.  END_OF_DOCUMENT_TOKEN_TO_BE_REPLACED