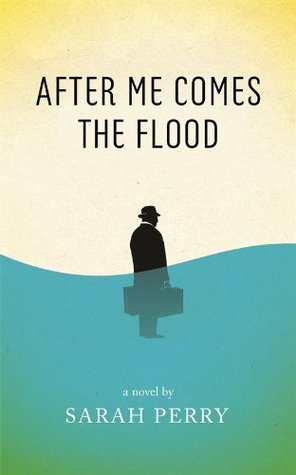 He shuts up the bookshop no one ever comes to and drives out of London. When his car breaks down and he becomes lost on an isolated road, he goes looking for help, and stumbles into the grounds of a grand but dilapidated house.

Its residents welcome him with open arms – but there’s more to this strange community than meets the eye. They all know him by name, they’ve prepared a room for him, and claim to have been waiting for him all along.

As nights and days pass John finds himself drawn into a baffling menagerie. There is Hester, their matriarchal, controlling host; Alex and Claire, siblings full of child-like wonder and delusions; the mercurial Eve; Elijah – a faithless former preacher haunted by the Bible; and chain-smoking Walker, wreathed in smoke and hostility. Who are these people? And what do they intend for John?

Review – The synopsis for the book sounds really interesting but the actual story sucks, in fact there isn’t really a story.

The mysterious aspect of the synopsis is revealed pretty early on and then after that basically nothing happens. There are some people, they wear some clothes, mooch about a house, eat some food, and that’s mostly it. At the end there is a bigger “event” but at that point I was just so relieved the book was ending that I didn’t care.

You may be thinking if it isn’t plot driven it must be character driven? Well, I think that is what the author was probably going for but she was unsuccessful. You get the odd bit of random information about the characters as the book goes on but there is no real development, at the end I had no idea how old most of the characters were even supposed to be, even roughly.

This is another one of those books that tries to be deep, uses that as an excuse to have no plot and then just completely fails to actually do anything. There was also a mistake/lack of basic research, glass eyes are not spheres, they cannot roll around like a ball, but here one did repeatedly. I find stuff like that really annoying, it’s not something that is hard to look up.

This is a really short book but it took ages to get through because it was just so dull, I don’t recommend it to anyone. I should have DNF-ed it.